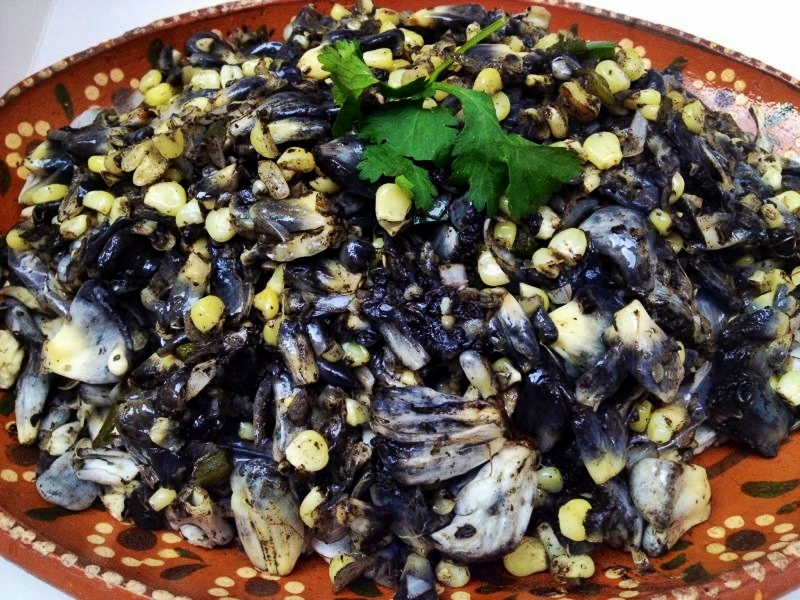 Known as a traditional delicacy in Mexico, huitlacoche is technically a fungus that grows in bad crops of corn over the rainy seasons. It appears in form of gray tumors around the cob and can grow almost in every part of the world, but it is considered a terrible pest that causes the loss of the whole plantation. 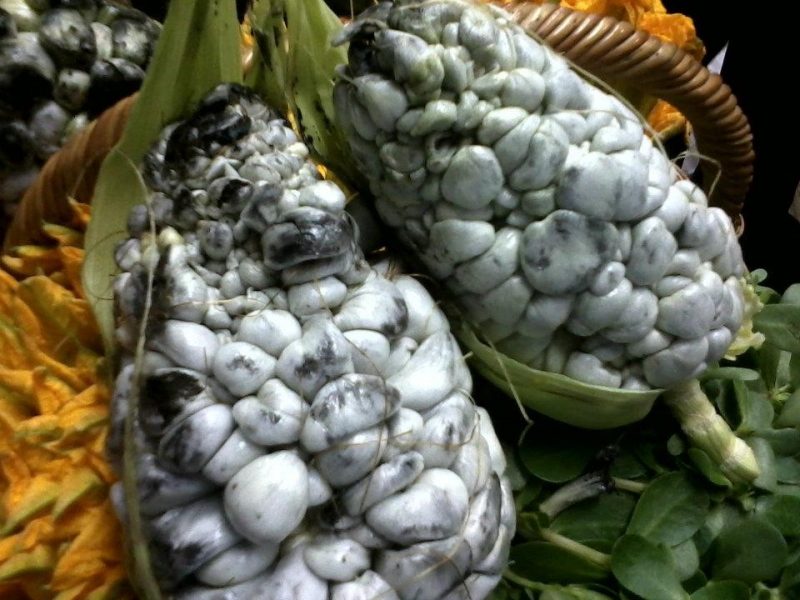 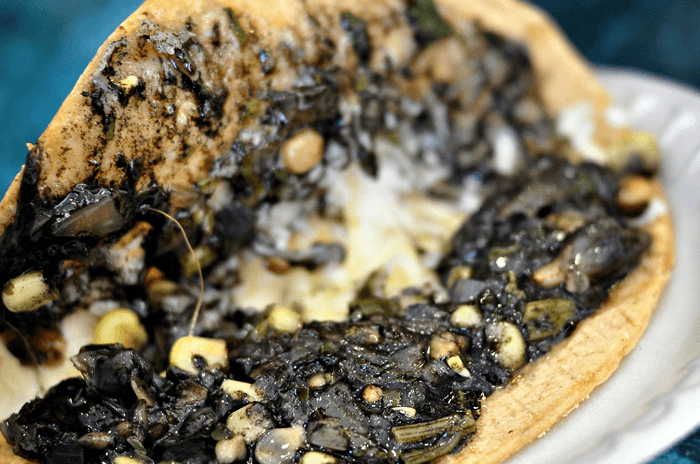 This fungus is used to prepare tacos, quesadillas, crepes, gorditas, soups, and creams. It is better served with cheese. It has high levels of nutritional values in amino acids, and essential fatty acids. The origins of this dish come from the pre-hispanic era and it is considered one of the most delicious foods in this country.